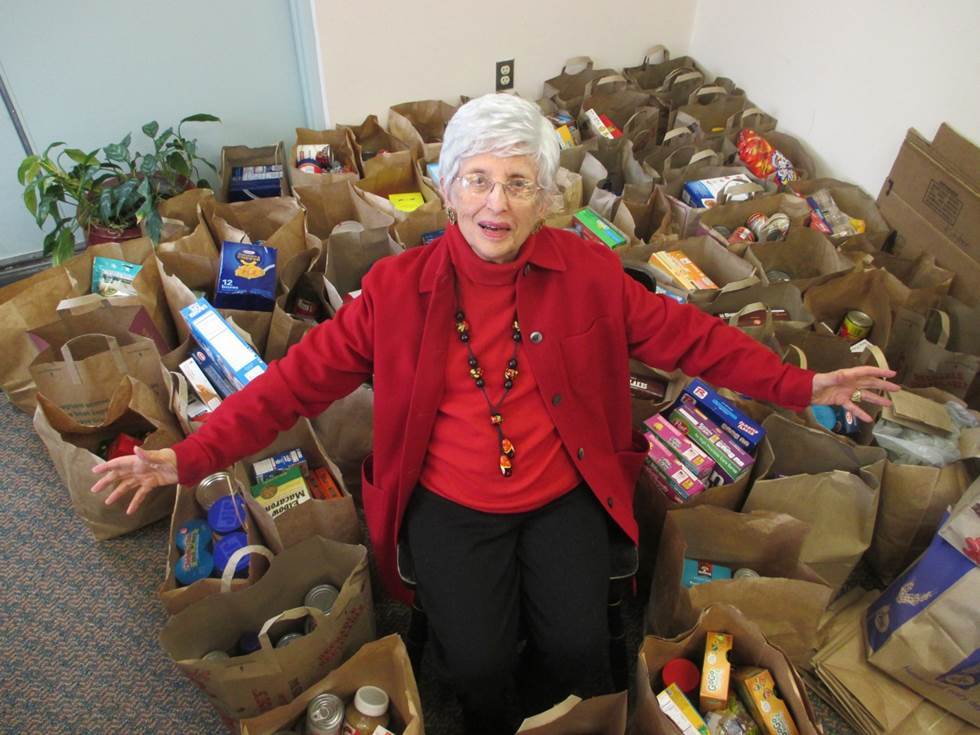 Thanks to the efforts of Ginger Cove residents and employees, The Maryland Food Bank had to use a forklift to pick up barrels of donated food last week.

What started as a food drive to collect $1,000 and 8 barrels of food, resulted in “a smashing success,” according to Ginger Cove resident and food drive organizer Shirley Lieberman, pictured on left. “We exceeded our goal and have already collected the equivalent of more than 70 bags of groceries.”

Decorated barrels were placed in Ginger Cove’s 8 residential buildings, and every night the barrels were unloaded and packed into bags by volunteers.

The food drive collected 1,246 pounds of non-perishable food and checks in the amount of $1,412. According to the Maryland Food Bank, the food donations equal 1,038 meals and the cash donations equal 2,824 meals for a total of 3,862 meals.

Sponsored by the Religious Life Committee, one of many resident-run activities offered at Ginger Cove, food drive contributions continue to fill the barrels placed in each building.

Says Shirley, “This was a campus-wide effort. There were volunteers on every floor of every building; a lot of people were involved. They even decorated the barrels! Thank you, everyone!”

The Maryland Food Bank is a nonprofit hunger-relief organization, leading the movement to end hunger throughout Maryland.

“The younger you are when you move in, the better able you are to pamper yourself and be able to participate in anything you want to do. We wanted to enjoy all of the activities - such as bridge, shuffleboard, bocce ball, billiards, and miniature golf - and be fit enough to do it.”