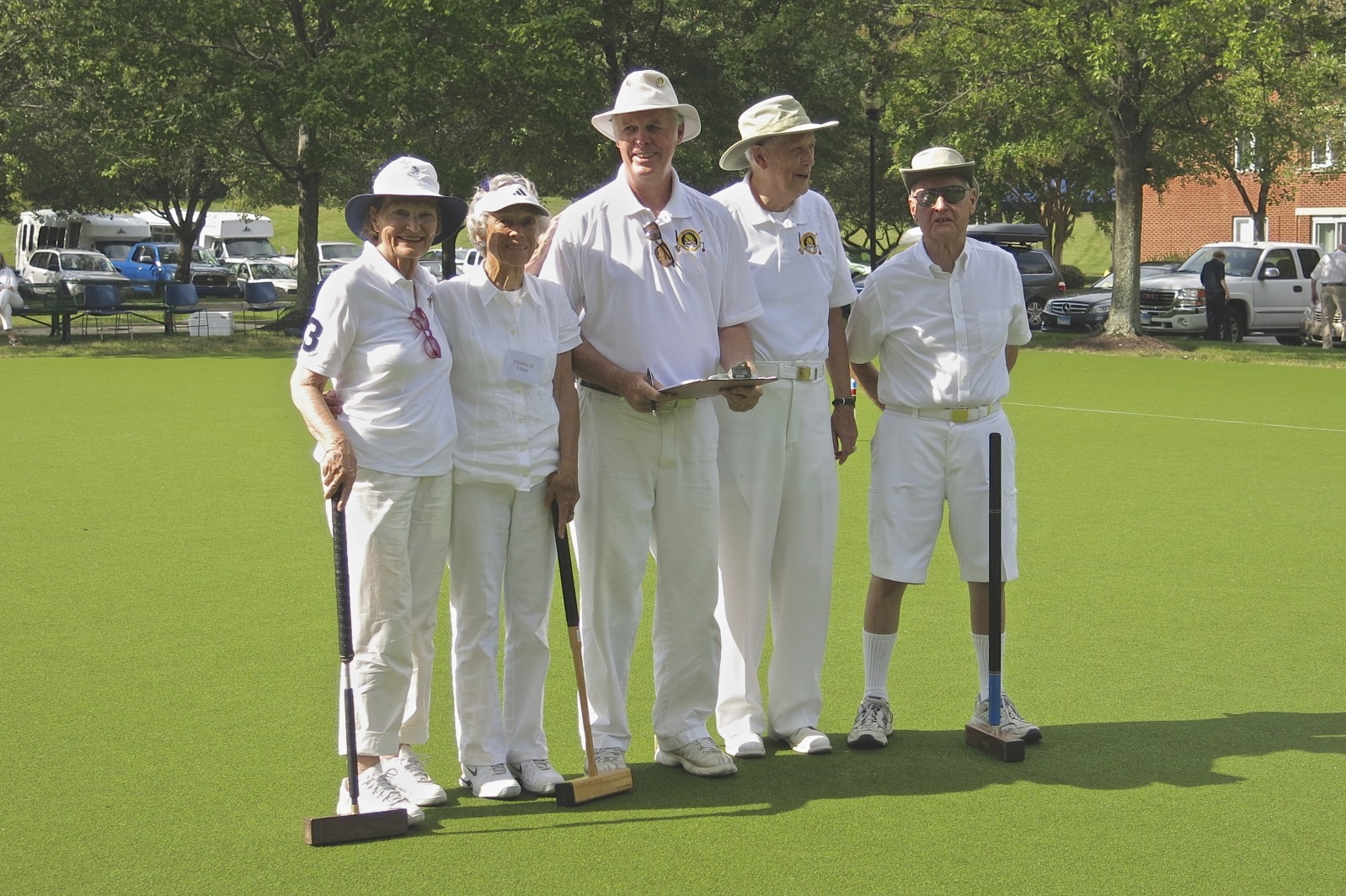 Building on the success of last year’s inaugural event, 24 players, ages 53 to 92, competed in the second Maryland Senior Olympics croquet tournament over the weekend of September 27 and 28.  The Waterford-only doubles event drew players from Baltimore, Washington, D.C., and the Annapolis areas.  Sponsored by Ginger Cove, a retirement community in Annapolis, and the West River Wickets club, a total of 24 competed in two flights – Masters (ages 78-92) and Seniors (53 to 74).

A pre-tournament reception was held at Dodon Farms in Davidsonville, which boasts a new and excellent winery. Partygoers were treated to the season’s new white wines, as well as rosés and reds.

Games were played on the lawns at the West River Wickets in Owensville, MD and at Ginger Cove under spectacularly beautiful skies and summer-like temperatures, absent Maryland’s normal humidity. Games were one hour, except for the finals in each flight that were 75 minutes.

The West River Wickets Bermuda grass courts were in excellent shape. The quickness of the artificial surfaces at Ginger Cove challenged those not used to such speed. Most games were hotly contested as evidenced by the number of games won by only one or two wickets.

In the Masters flight, Gold medals were awarded to Meade Rudasill, ranked #1 out of block play, and to Byron Lee (#4) who prevailed 14 to 7 over Patricia Cunnington (#2) and Cynthia Chess (#3), who earned Silver. Dwight Bartlett and Bill Brewer were awarded Bronze medals.

The Seniors flight finals was a nail-biter to the last turn. Hugh Collie (#2 in block play) and Byron Hicks (#3) defeated by a single wicket (9 to 8) previously undefeated Jay Graham (#1) and Roy Morgan (#4) in a match that threatened to go to multiple rotations.  Calvert Chaney and Peter Stevens were awarded Bronze medals.

Awards were presented at the closing ceremony hosted by Ginger Cove.