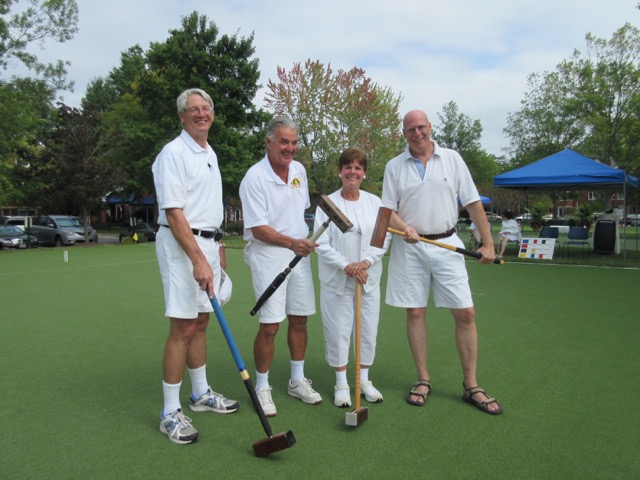 In the Masters level, medals were awarded to the following pairs:

Due to the inclusion of out-of-state players, an additional Seniors medal bracket was included in this years competition.

In the overall Tournament Winners Seniors level, medals were awarded to the following pairs:

In the West River Wickets/Maryland Senior Level, medals were awarded to the following pairs:

Awards were presented at a closing ceremony hosted by Ginger Cove.

“I think it is difficult to discipline oneself to exercise alone, so being in a class makes it fun. Water aerobics is a godsend. We have an excellent teacher who varies our exercises but keeps us working on our strength, flexibility, balance, stamina, cardio conditioning and muscular endurance. I love knowing I am keeping fit while having a great time in the process.”