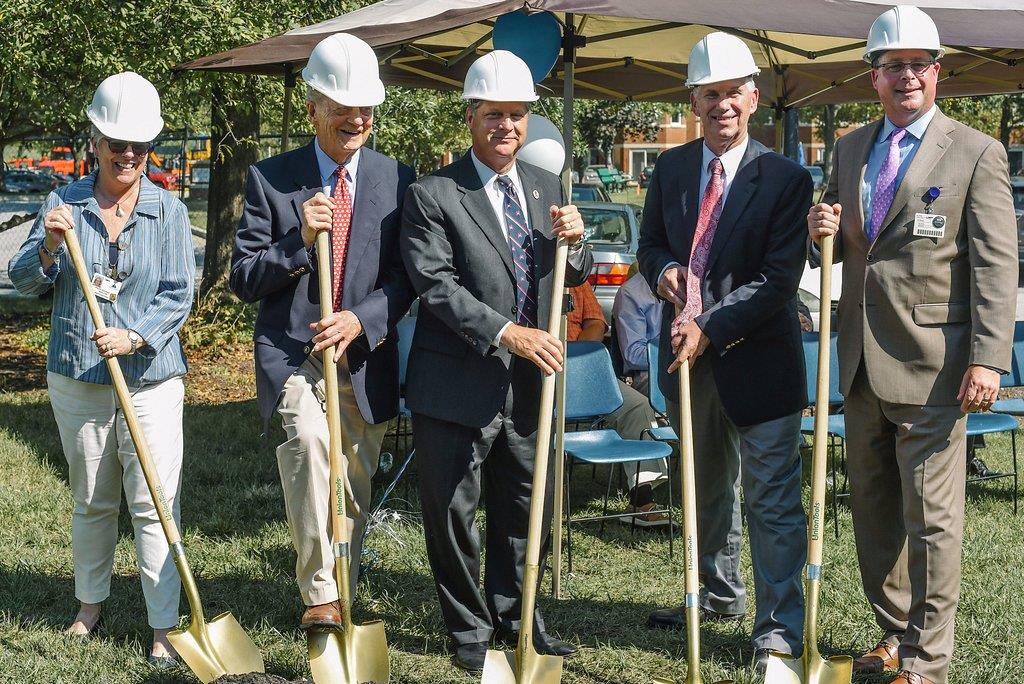 Ginger Cove broke ground on a new building, “The Heritage at Ginger Cove,” which will provide additional assisted living and memory care services. The ceremony was attended by a number of prominent community members.

The new 3-story, 67,100 square foot building will contain 35 new units including two new floors of Assisted Living with 10 units on each floor and 15 new Memory Care units.  All of the residences will be private and approximately four of the assisted living suites will be larger in size to accommodate couples if needed. Construction is expected to be completed in 18 months.

“As a proven industry leader in providing high-quality resident care, Ginger Cove will now offer even more options for current and future residents with memory impairment and independent living challenges,” said William Holman, Ginger Cove’s Chief Executive Officer. “The Heritage at Ginger Cove will be a Center of Excellence, focused on providing strength-based, person-centered care in a home-like environment that encourages and supports independence and success.”

Ginger Cove, which celebrated its 30th Anniversary in August, is a waterfront continuing care retirement community located just minutes from downtown Annapolis. It offers independent living, assisted living and skilled nursing care to approximately 350 residents, the majority of whom live independently in their own private apartments. Additional on-site care is afforded by its assisted living community, The Haven at Ginger Cove, which offers 30 private deluxe suites.  Professional skilled nursing care is also available at The Harbor at Ginger Cove, a 55-bed skilled nursing facility, which has received the prestigious Five-Star Medicare Rating.

CRGA Design, of Annapolis, designed the new building with Marcus Wiles as the lead architect. Waverly Construction and Management Company is the general contractor.