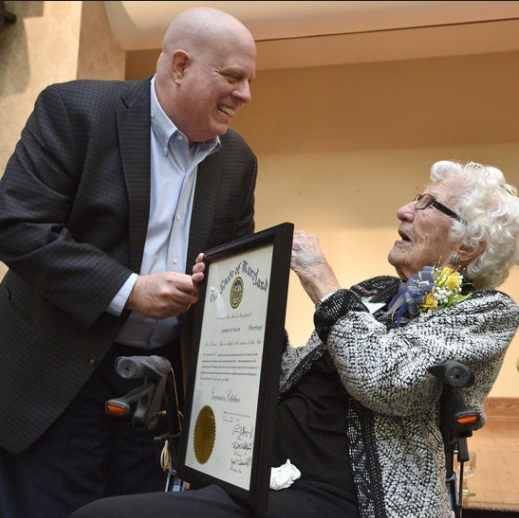 Miller decided to downsize three years ago and moved to a smaller apartment within the Ginger Cove community. Feeling she needed something with a little “oomph” for her living room, she went shopping with a daughter and purchased two modern armchairs with tiger printed calfskin seats and back rests.

“I enjoy life,” she said. “Everything works except my eyes. They think they’ve been working long enough. I’m getting used to wearing glasses now.”

She has declined the use of an electric walker cart.

Read the full story in the Capital here.

“The best part about living at Ginger Cove is the sociability. I have been playing tennis in the Annapolis area for so many years. I love it because it is active and social.”